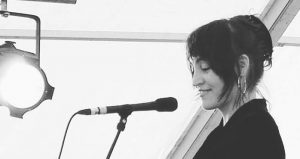 There’s a saying in Argentina that you can mess about with most things, but never with the tango. It was ignoring that advice that got composer, band leader and virtuoso bandoneon player Astor Piazzolla into trouble when, in 1950s Buenos Aires, he cocked a snook at the tango establishment by inventing his own distinctive instrumental brand of the dance, a wave was to become known as “nuevo tango”.

If he was never wholly accepted by the traditionalists, he did set the town on fire at the club he owned – the Jamaica – effectively saving the tango from the dip in popularity it suffered in the 1950s and 60s. It was at the Jamaica, following a period of study in Paris with Nadia Boulanger, and with his own Quinteto Nueva Tango band, that folk flocked to hear the alternative infusions of extreme chromaticism, fugue, jazz and raunchy instrumentation that characterise Piazzolla’s smoky, abrasive style.

Nowadays in the UK we’re all too familiar with the fiery Piazzolla rebrand, thanks to champions of his music, numerous recordings and regular performances that have emerged since his death in 1992. We know the famous Libertango, or even his quirky Four Seasons of Buenos Aires, with its mischievous references to Vivaldi. But a Piazzolla tango opera? Could there really be such a thing?

Yes. The proof can be seen tonight at the Queen’s Hall in Edinburgh, where Mr McFall’s Chamber – an ensemble that makes a habit of whisking us to strange dark corners of musical repertoire – will give a concert performance of Piazzolla’s 1968 opera Maria de Buenos Aires.

Piazzolla never called it an opera, but along with his librettist Horacio Ferrer, coined the phrase “tango operita”, a conscious effort by its creators, perhaps, to stress the “street” quality of the music and text, which is the gritty lifeblood of this hybrid creation.

The story is set in Buenos Aires. Maria is born into a poor suburban backwater “on a day when God was drunk”. She heads into the city, lured by the music of the tango, and becomes a prostitute. She meets her death early on, returning as her own Shadow, destined to walk the city streets. Mysteriously pregnant, she gives birth to a child – an allusion, perhaps, to Mary, mother of Jesus.

Tonight’s performance is not a staging as such, but in order to provide a visual backdrop to the three-strong cast, chorus and nine-piece ensemble, Robert McFall – artistic director of the ensemble that bears his name – has commissioned a film from Argentine director Geraldine Comte, which firmly places the action in Buenos Aires. “It was filmed during the past few months, and has moving images of Maria moving around the city,” McFall says.

Singing the title role is Valentina Montoya Martinez, the daughter of a former Chilean political prisoner, whose exiled family came to Britain in the 1970s and who herself now lives and works as a folk singer in Edinburgh. A chance meeting with McFall, several years at the city’s Bongo Club, led to her regular tango-singing partnership with the ensemble.

But then why will tonight’s presentation feature not a single choreographed dance? McFall argues that there’s enough emotive energy in the words and music to communicate the spirit of the piece.

That, he says, is down to a creative partnership that recognises Horacio Ferrer’s poetry as the literary parallel to Piazzolla’s music. “They were very good friends and saw themselves on a parallel footing. In the same way that Piazzolla combined the popular tango language with high art ideals, Ferrer used street slang in his libretto. The end result is very surreal. It didn’t go down well originally, but the language is beautiful – as if written by James Joyce – and it really does contain some of Piazzolla’s finest music.”

Mr McFall’s Chamber has been performing Piazzolla ever since its Argentine viola player, Brian Schiele, introduced them to it a number of years ago. It wasn’t long before McFall became fascinated by the thought of performing the opera, though he was never convinced about the wisdom in presenting it as a fully staged performance.

“It sits somewhere between oratorio and a little opera,” he says, referring to the tableau-based structure that – along with the narrator (El Duende, played by Argentine performer Juanjo Lopez Vidal) and a speaking chorus of Psychoanalysts and Spaghetti Kneaders (populated by drafted volunteers) who function like a Greek Chorus – suggests something in the manner of a passion play.

And there’s a bonus to tonight’s performance. It coincides with the ensemble’s latest CD release on the Delphian label – La Pasionaria, featuring Martinez singing some of her own songs and solo numbers from Maria de Buenos Aires. There’s something quite extraordinary about the range of sentiment and expression she draws from a set of songs that are intrinsically tango-based, though the reason is obvious when you consider that these are based on stories from her own interesting life, from childhood in Chile to exile in England.

Colourful arrangements by Robert McFall and Brian Schiele complete the earth sensuality of the music, providing the perfect reason to get down to the Queen’s Hall tonight and sample Martinez and Piazzolla live.