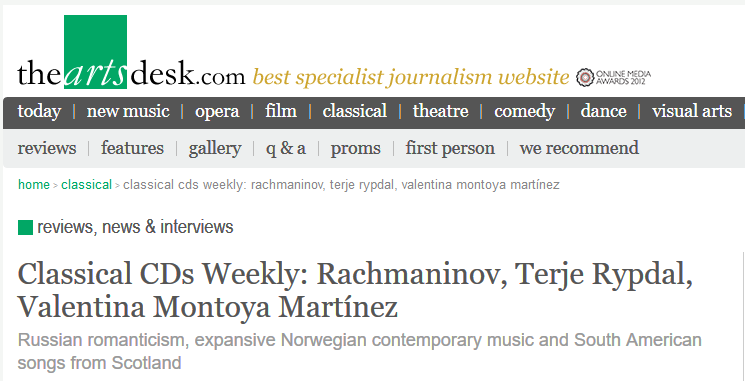 The best musical surprises often come from the most unexpected places. I’ve recently enjoyed an idiomatic Rachmaninov CD played by an orchestra from Singapore, and here’s a hugely engaging disc of South American song from a group based in Scotland. Chilean singer Valentina Montoya Martínez arrived in the UK as a child refugee from the Pinochet regime and began composing her own material in the late 1990s. Nine of her songs are heard alongside vocal and instrumental music by Astor Piazzolla, and they stand up brilliantly in comparism. Martínez’s lyrics are superb; these are songs of longing, nostalgia and regret. But they’re always projected via musical settings of incredible vitality and wit. The best have personal resonance – songs about long-forgotten friends, or the lives of Martínez’s own parents. And hers is such an expressive, compelling voice, especially so when she interrupts her cantilena to speak directly to the listener.